skip to main | skip to sidebar

We're so glad the weather has finally decided to get warm! We've been doing some fun things lately. We've gone to the duck pond a couple times. Once with my mom, and then Barrett and I took Reese another day. She loves watching the ducks. When Barrett and I went, we tried to get Reese to help us feed the ducks, but when we gave her the bread she would immediately eat it instead of give it to the ducks! (she loves bread) 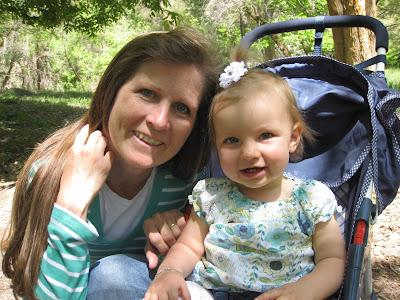 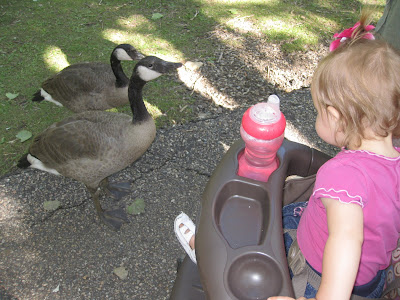 Our friends Veneita and Bryan had a free ticket to Lagoon so they invited us to go with them last week! I love Lagoon, or any amusement park for that matter. Lagoon just happens to be the closest. They have a daughter a little younger than Reese, so we were able to switch off watching the girls and go on rides! So that was fun.

We went to the Raptors baseball game their opening night. We sat in the front row on the third base line and Reese kept wanting to lean over the wall and look at the players down below! They lit fireworks from the field after the game and Reese didn't quite know what to think about them. She cried a little at first when the loud noises started, but then she just stared up at them the rest of the time. It was fun to be right under the fireworks, except ash kept falling on us. 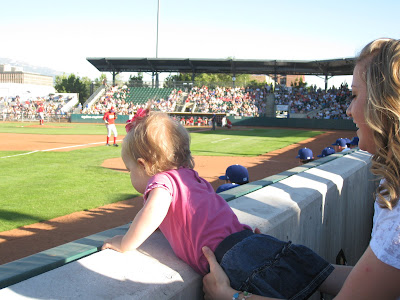 Reese has never been swimming yet, kindof sad, I know. I guess we just don't swim that much, and last year she was only about 3 months old so I only got her feet wet. So we decided to take her to the South Ogden splash pad to see how she would like the water. Once she got used to it she liked getting wet, but then she just wanted to walk down the sidewalk away from the water, so we left. But it was fun for a little bit. I love seeing her little belly in her swimming suit! 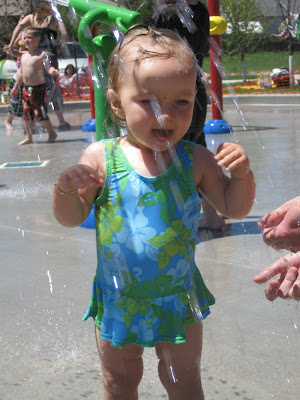 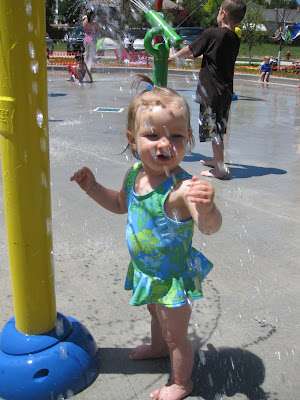 Whenever we go outside, Reese wants to get down and practically run down the sidewalk, down the driveway, and up the stairs, which is scary because she has no caution. She wants to go down the sidewalk and see the neighbor's dog, and doesn't understand that we can't just go into other people's yards, so she cries when I won't let her. She just wants to go everywhere, it's exhausting! It's impossible to take pictures of her, she is constantly moving and won't look at me. 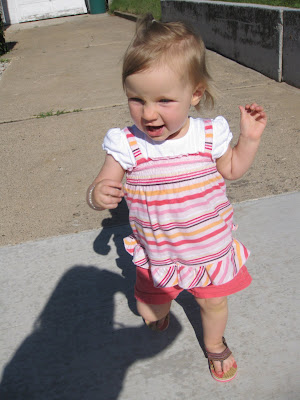 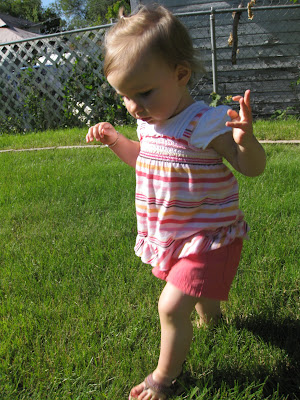 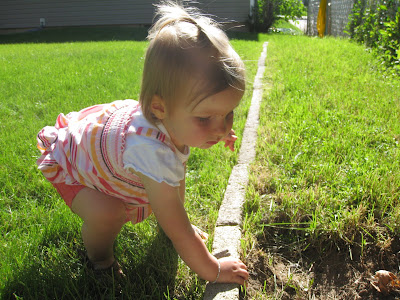 I wanted to post these pictures I took last week because I think she looks SO BIG!! 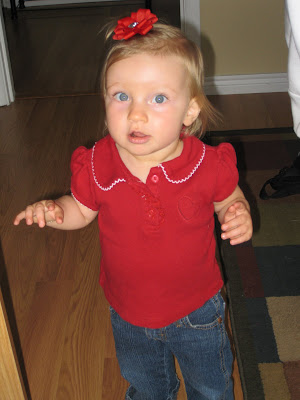 She thinks that opening her mouth is smiling or something. Every time she sees me taking her picture she makes this open mouth face. I have so many pictures of her with her mouth open. 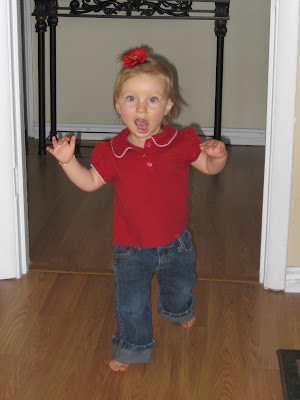 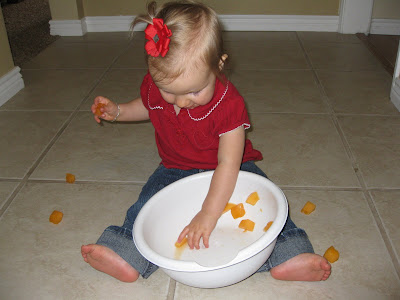 Licking the water from the top of the blender in the dishwasher! 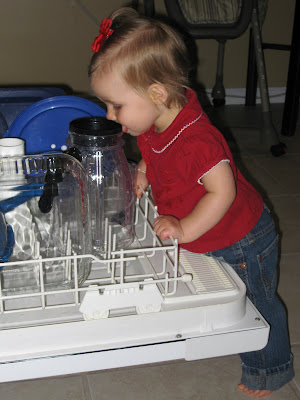 I got to go with my mom and sisters and brother to the play Singing in the Rain. (at Hale Center Theater in Provo) If you haven't seen a play there, the stage is in the middle of the audience. My sisters and I were in the front row and they gave us these ponchos to wear! They had a fun scene where it really rains and the guy dances around in it with his umbrella and gets everyone in the front wet. Then after the scene they come out and do a dance while sweeping the water to the center of the stage to a light post that I guess has a drain under it. 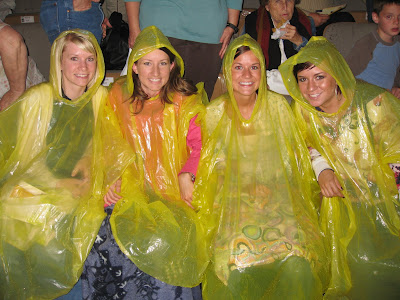 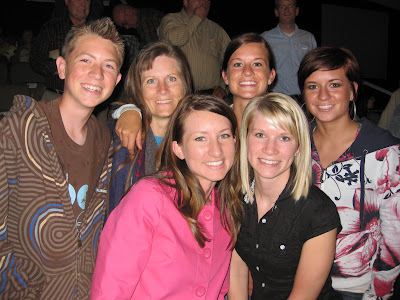 I have joined a Food Co-op, which has been pretty exciting. Every other Saturday morning I go get a laundry basket full of fruits and vegetables for $15. It's fun because you never know what you're going to get, it's different every time. The first week I went I got all of this stuff pictured below: Two romaine lettuce bunches, a bunch of spinach, green onions, celery, 6 ears of corn, cilantro, 1 avacado, 3 tomatoes, 1 pineapple, 1 canteloupe, 5 bananas, 5 apples, 7 mangoes, and 5 apricots. 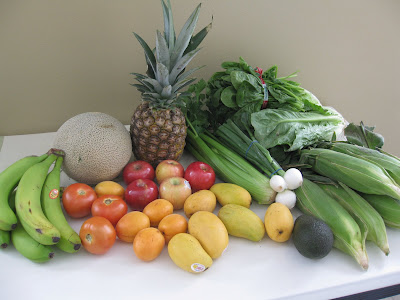 Today I got 1 romaine lettuce, 1 cauliflower, celery, 2 zucchinis, tons of green beans, 5 roma tomatoes, 4 lbs of red grapes, 1 lb of strawberries, a bag of cherries, 6 bananas, 8 braeburn apples, and 6 pluots (cross between plums and apricots? I don't really know what they are). Fun huh! If any of you live around Ogden you should really do this. 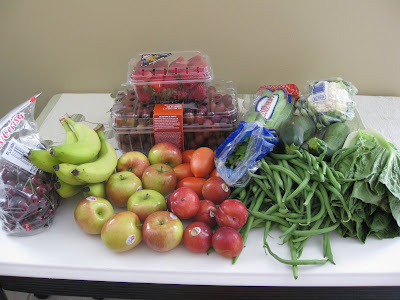 Posted by The Batchelders at 10:51 AM 5 comments 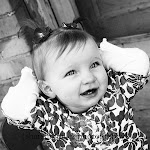 The Batchelders
I (Lauren) grew up in Vernal, UT and Barrett is from Hill, New Hampshire. We met our first year of college at Weber State in August of 2000. We lived on campus and our rooms were in the same hallway only separated by two doors, which were usually propped open. (Why they let boys and girls live like this I do not know, but we thought it was fun.) We dated for two years, then Barrett went on a mission to Tallahassee Florida. I graduated with a Bachelor's degree in Sonography (I'm an ultrasound tech) in Dec 2004. About a month after Barrett got back he moved back to Utah for about five months until we were married in May 2005. Barrett is an RN and is going to go on to be a Nurse Anesthetist. Our beautiful daughter Reese was born April 2, 2008, just about three years after we were married. We decided to create a blog after she was born to show her off for one thing, (isn't that one of the main reasons that we all have blogs?) but mostly so our family in New Hampshire who don't get to see her can at least see pictures. But of course we love to share our lives with all of our family and friends.